Our little group of photo enthusiasts travelled in two jeeps, we were in Queen Elizabeth National Park, Uganda, and the problem was that the other jeep had spotted a leopard.

They showed us some terrific photos and we got very jealous. In fact, it seemed a mystery that we had missed it, because our jeep was just ahead of theirs. Maybe the leopard’s head didn’t stick out above the the very tall grass the moment we passed, or maybe it simply wasn’t there yet. Or maybe the five of us all looked in the wrong direction.

Anyway, a frantic search began the following day, with our driver and guide Vincent doing his utmost to find spots where the elusive animal might be seen and all of us staring so hard, and being so hopeful, that the slightest mound was mistaken for a leopard’s head.

We saw antelopes – Uganda kob, topi – in big numbers, innumerable birds including the superb crested crane (Uganda’s national bird), hundreds of elephants in a long procession, one hyena and some shy warthogs. 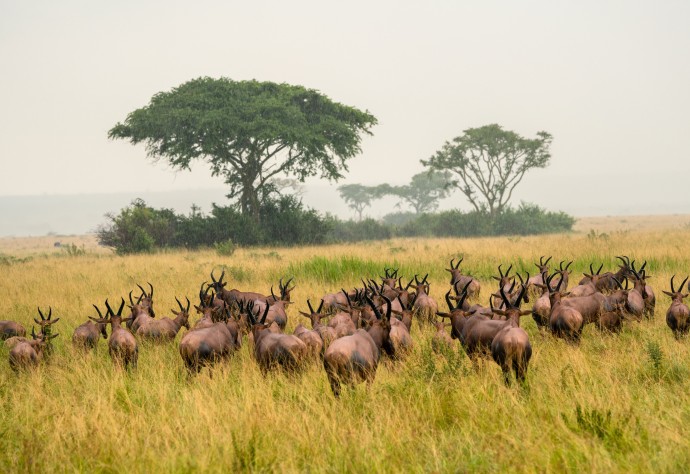 But no luck with the leopard.

The next possibility to see one could possibly be a couple of days later, in the small Lake Mburo National Park, but we were told that chances were really slim.

Joy and hope spread in the group when we arrived at our lodge in Lake Mburo, Mihingo Lodge, (do stay there if you get a chance, you won’t regret it!) and were informed that  a leopard actually had been spotted on the previous day.

We set out with new energy and were happy to meet buffaloes with their faithful companions the oxpeckers. 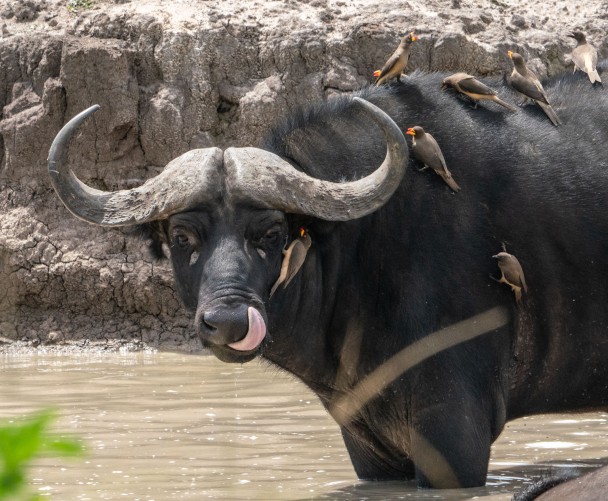 We were equally happy to meet a hippo that seemed to have the time of its life, rolling around in the mud and inviting us to take a look at the inside of its imposing mouth. 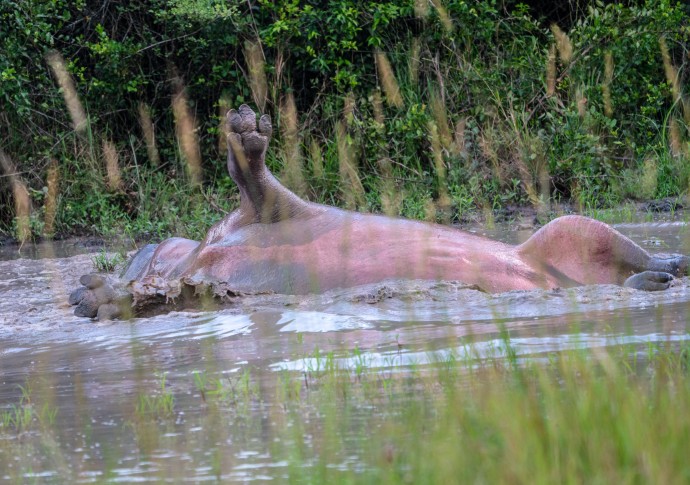 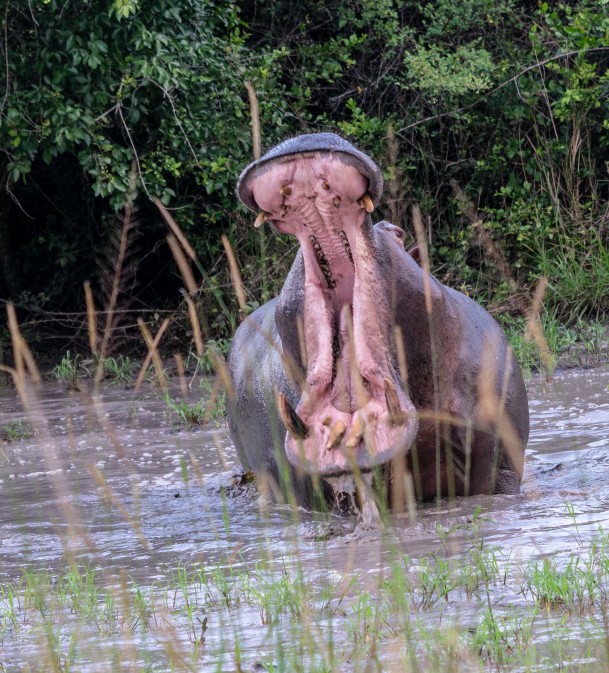 We were thrilled to stumble upon a small group of alert mongoose as the sun began to sink. 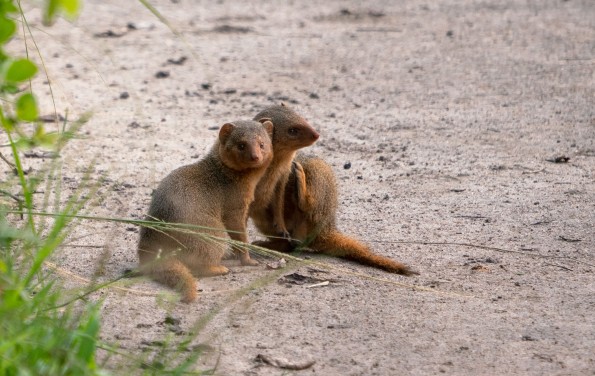 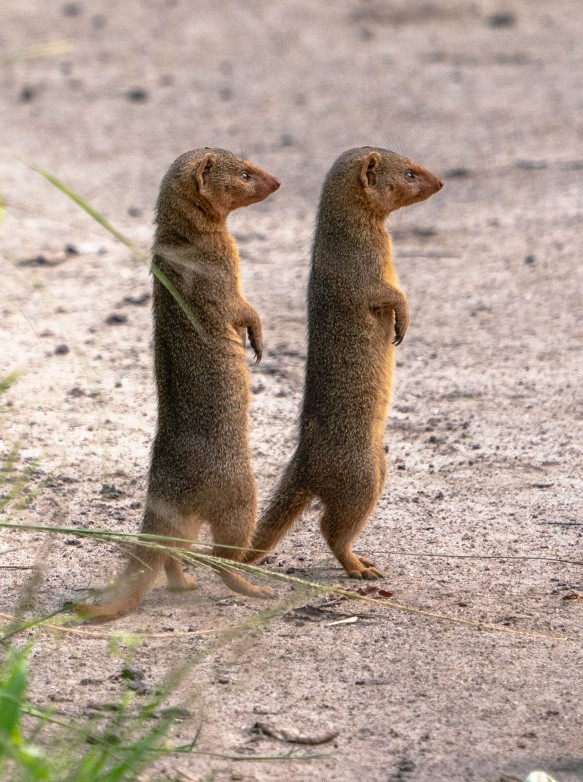 The sun set and we resigned to the fact that we wouldn’t see a leopard on this trip, and started feeling how hungry we were – dinner was in just a few minutes.

We approached the lodge, and … there it was, crossing the road just in front of the jeep!! It lay down just a few metres away, and the excitement saw no end.

Now you expect photo evidence of this encounter in the dark. I have to disappoint you. I took a photo of course, but it came out one of the worst I ever took. It was dark, the exposure time very long even at a high ISO and on top of that I was excited, so you can imagine the shaky result.

You simply have to believe me that it was a marvellous encounter.