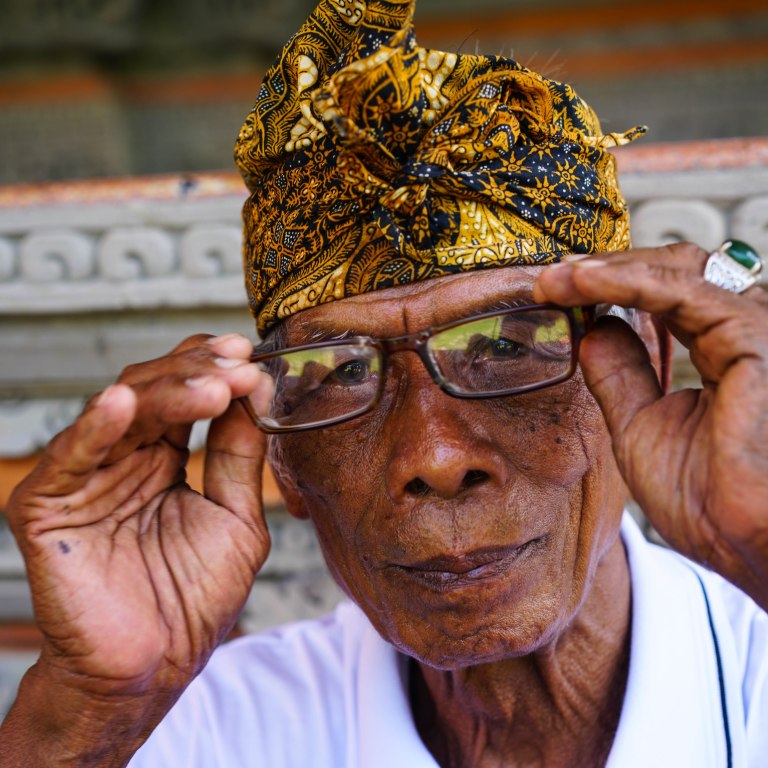 I knew it would be a failure, but still I wanted to try to make a small wood carving, Balinese style. I had a private lesson with a very experienced wood carver in Ubud, and I believe, and hope, he was rather used to tourists making a fool out of themselves too. He showed me a design that he thought would be simple enough, and drew it on a block of wood. It was really easy, he promised, showing me his array of tools, and how to hammer out the pattern.

And then he showed me how to do it the real way, holding the block between your feet (“but you would be too weak for that”) and getting the most intricate pattern out of the piece of wood in no time. I took some consolation from the fact that he had been practising for about 50 years.

I had more success in the cooking class that followed. The nice sate lilit ikan (fish satay) you can see in the photo had actually been prepared by me. The dish tasted reasonably good too.