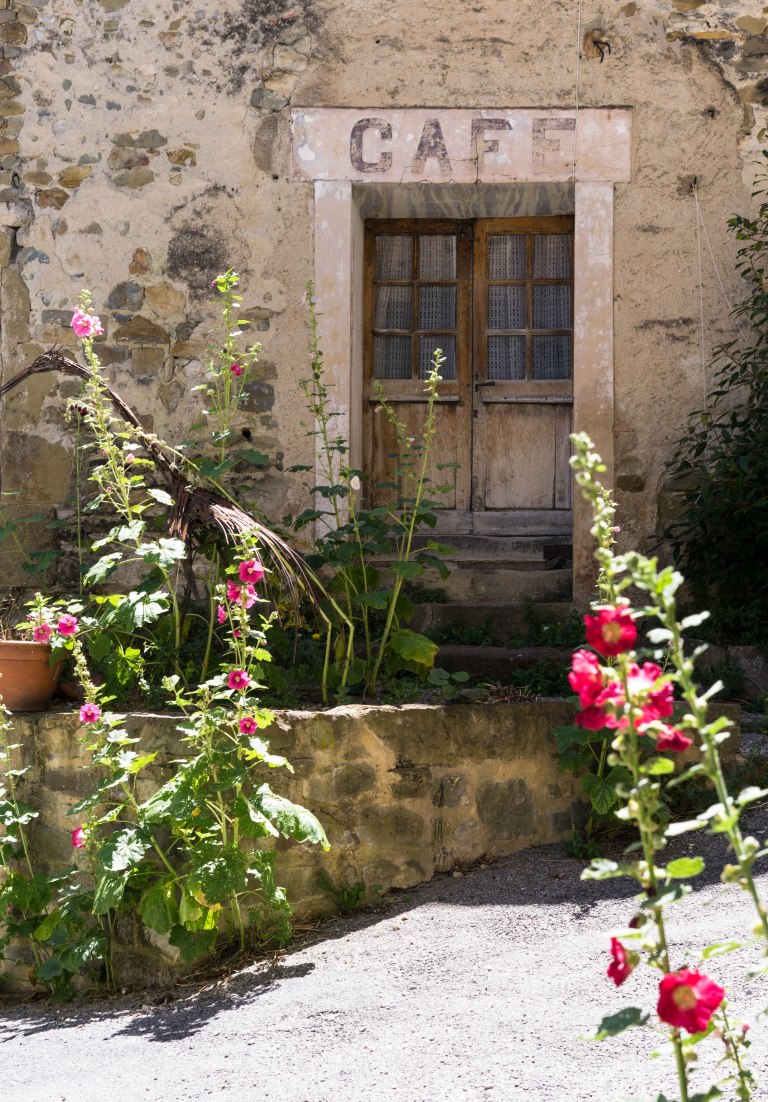 Guitar player: Are there any foreigners here?

Me: I’m from Sweden!

Voice 2: And we’re from Piégon!

Piégon? That’s the village just next door, a mere kilometer from Mirabel-aux-Baronnies. The exchange above took place at an aperitif concert (very nice!) with the semi-local band Bluesville (from San Francisco and Belgium, but reportedly with connections to Mirabel) in the new local art centre, X Inspirations. I’m very proud that there is an art centre in our tiny village.

Most exciting animal spotted on the way to Rosans, about an hour to the east of Mirabel: vulture. Yes, it is true. Vultures were reintroduced in this mountainous area, where the Alps make a timid start.

Number of inhabitants spotted in the medieval village centre (where the houses were clearly inhabited): zero.

There were interesting stairways, leading to heaven and to locked doors. There was an eerie metallic sound that could be heard all over the village. What it was I don’t know.

Number of tourists encountered: four. They were Spanish.

Best artist in the village: Marion Richaume, ceramist, inspired by the tree of life. Her atelier is named after the moon.